How to customize Web forms to trigger custom events?

When it comes to lead generation, web forms is a helpful tool for businesses to capture website visitors and convert them into leads. With Freshsales, users can set up and modify the UI of their web forms with relative ease.

But the customization of Web forms goes beyond mere UI changes. By obtaining access to web form events, users can gain better control over the functioning of the web forms and use the same to implement functionality such as: 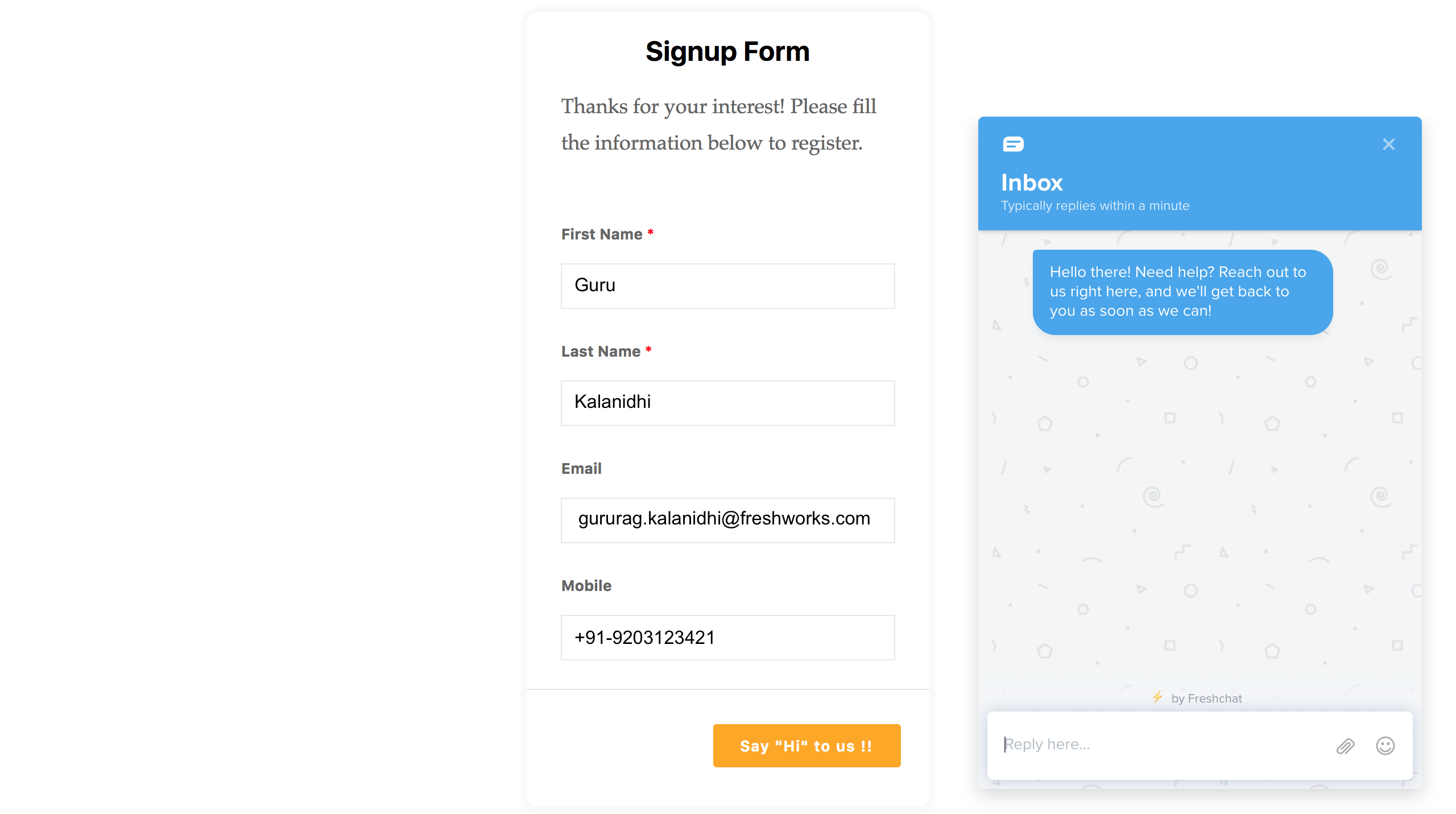 If you are a developer, here’s how you can carry out the same (Scroll down further if you are looking for a working example).

Here’s how it appears:

2. Find the existing code that already exists and incorporate the following piece of code before the web form script:

Here’s how your new code will appear:

This script gives developers to access to three events-

Let’s explore an example for each of the event. Here’s how the entire code will appear:

Individual events:
1. After Install: Let us assume that you wish to create a form that has a prefilled field which cannot be edited. With ‘After Install’ functionality, a code for such a set up can be created and  would appear as follows:

2. Before Submit: Let us assume that you wish to inject a value such as UTM parameter into your form right before it is sent to the server. The ‘Before submit’ functionality allows you to inject this value automatically right after the submit button is clicked. A code for such a set up would appear as follows:

3. After Submit: Let us consider a scenario where you wish to integrate Freshchat with your forms and would want the chat to pop up with a personalized  <first name> as soon as the form is submitted. In such a case, the ‘After Submit’ event will send a copy of the submitted data from the server to a place of your choice. In this case, the webhook can be Freshchat. The code for the same would appear as follows:

By executing this code, you can now get more autonomy over how your Web forms works. This can help you customize the working of your forms according your choice.