How to identify duplicate leads and contacts in Freshsales using Freddy?

Freshsales detects duplicate leads and contacts in your account to help you maintain clear and accurate data. The deduplication functionality, which is powered by Freddy, proactively looks for, detects, and displays duplicate records using a smart match algorithm.

How does Freddy detect duplicate  records?

Freddy searches your lead and contact records and looks for matches between records by analyzing the following fields of each record:

Duplicates are detected by analyzing multiple fields and identifying relevant matches between fields. Results are ranked in descending order of relevance or accuracy with the topmost record being the most likely duplicate.
For example, in the following screenshot, notice that records that have matching email addresses, different versions of the same phone number, and possible nicknames are all detected as duplicates for one record. 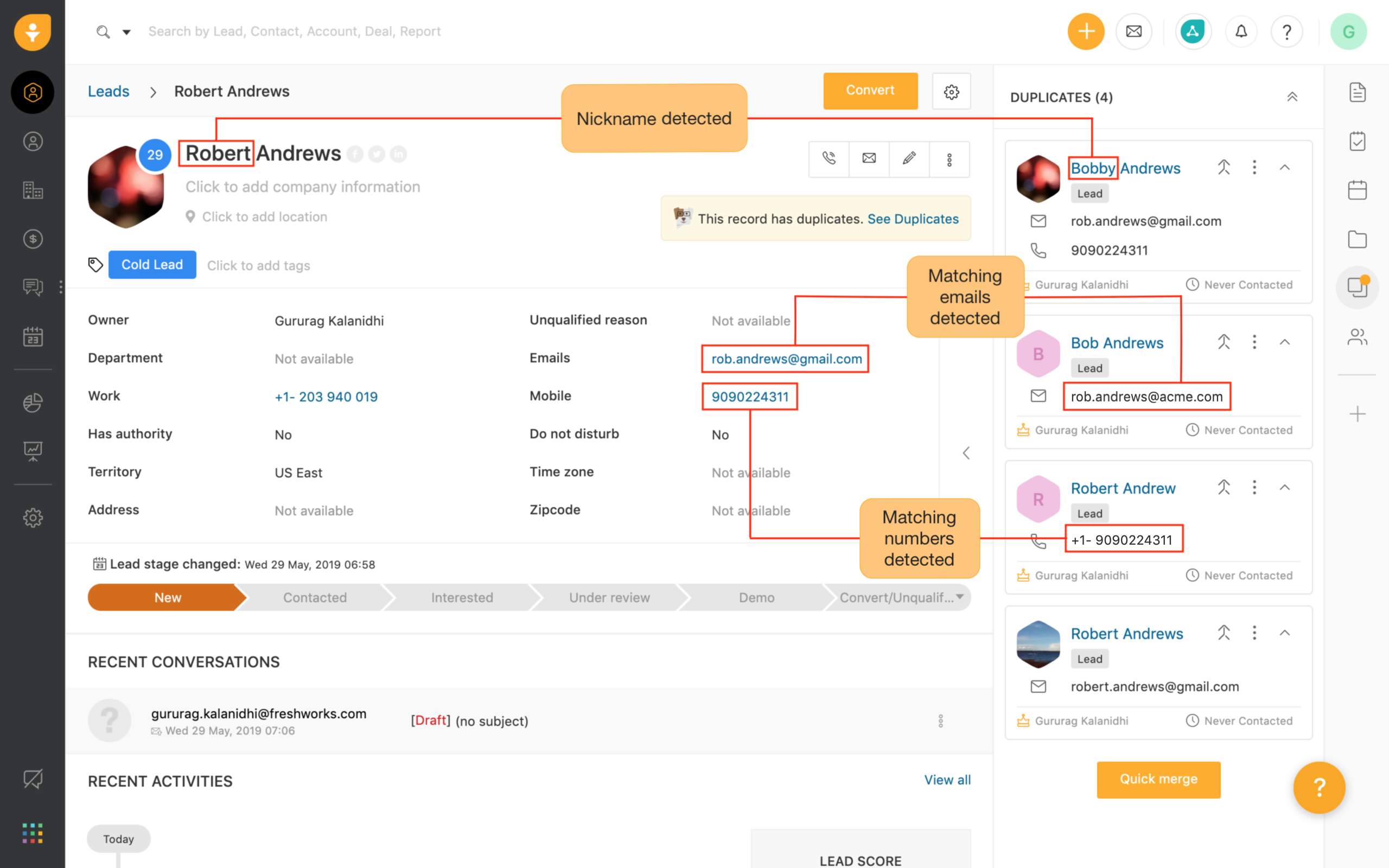 In practice, Freddy AI detects duplicates in the following scenarios:

Once a set of duplicates is detected, users can execute one of the following actions: 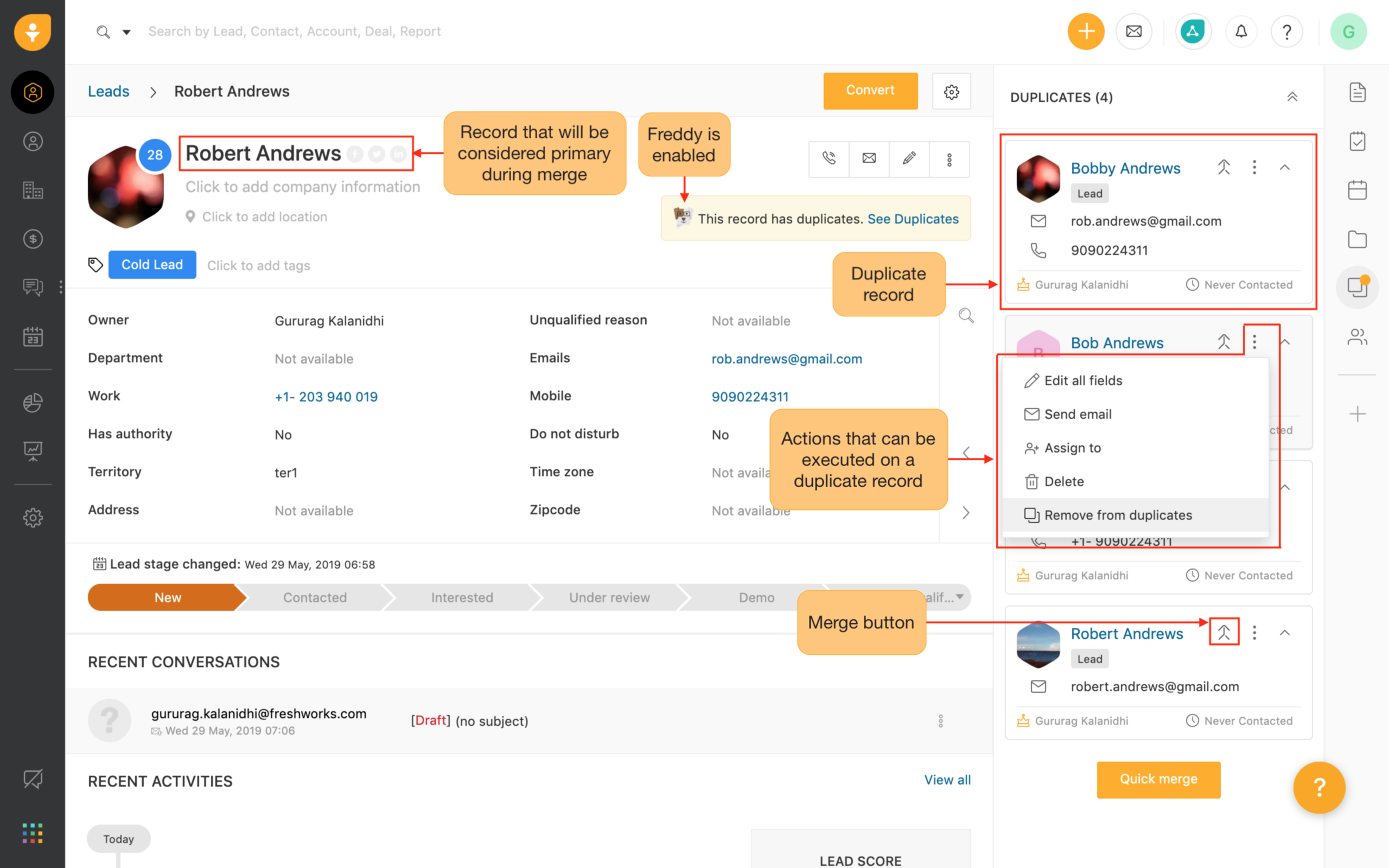 If you would like to send us feedback on this feature, write to us at support@freshsales.io