How to enable support for multiple currency on Freshsales?

The Multi-currency support feature in Freshsales enables you to create and handle deals in different currencies. This is particularly helpful if your business operates across various geographies.

But before you go ahead and set-up the multi-currency feature, we would recommend reading this article.

1. How to setup the Multi-currency feature?

Before setting up the multi-currency feature, there are a few pointers to remember. Please refer to this article to know more.

Setting up base currency:

Adding more currencies
Once your base currency is set in place, you can proceed to add all the different currencies you want to create deals in.

Note: The conversion rate entered will be used to convert the deals to base currency while performing aggregations.

2. How to add deals/leads in different currencies?

You will see a new field called Currency in Leads & Deals. You can use this field to set the currency of the particular deal. All the currencies added in the drop-down will appear here.

3. How to edit the conversion rates?
Go to the Currency page and click on the Edit button 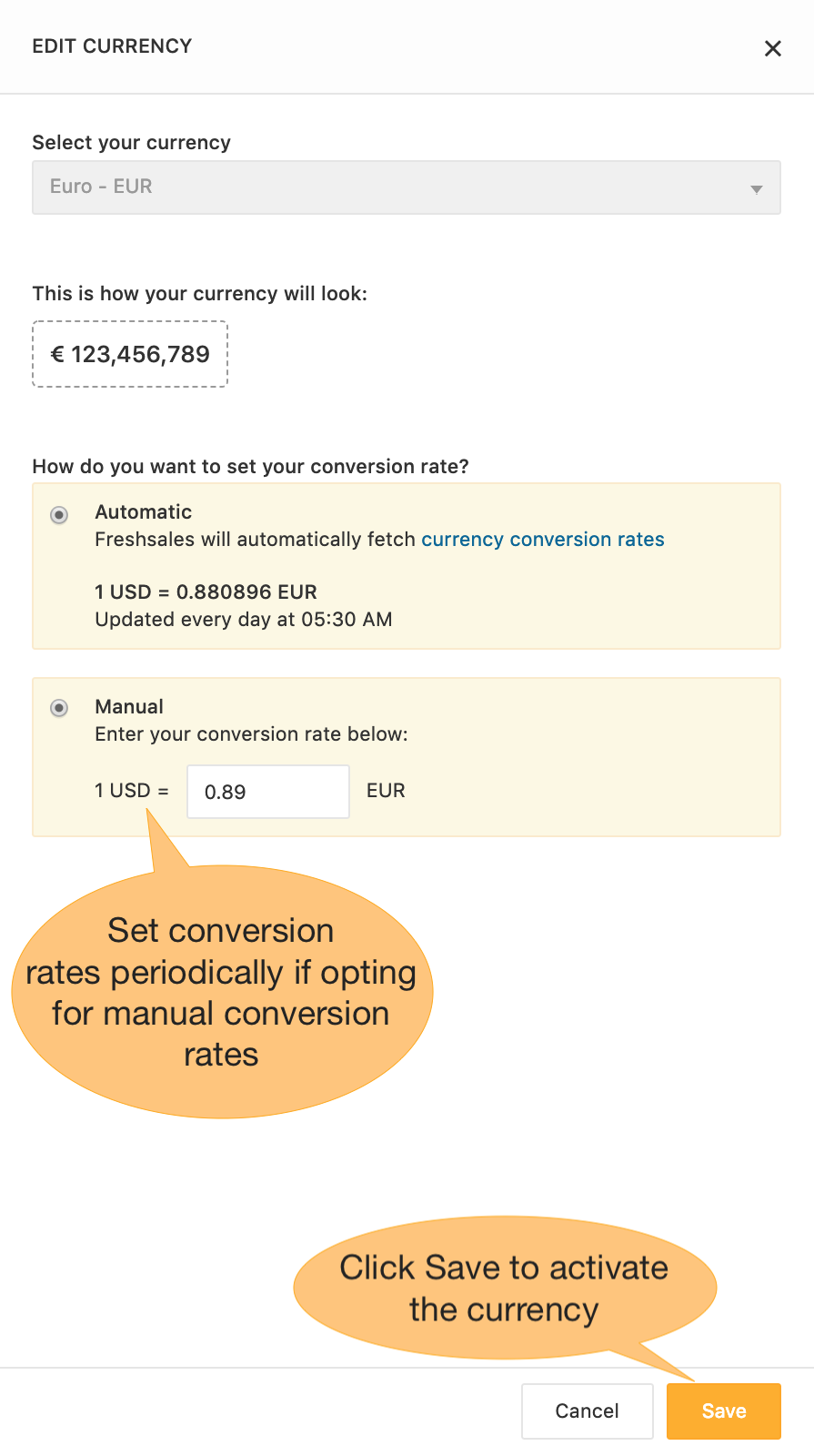 4. How to view past conversion rates?
On your currencies page, scroll down to the currency of your choice and click on the ‘View past rates’ button. This opens a dialog box that carries the entire history of conversion rates for that currency.

5. Will my deal value change every time I alter the conversion rate?

If that isn’t clear you can use this example to get a better idea:

Suppose you have set up USD as your base currency and have added EUR as additional currency.

Let us assume that you created a deal on 10th of September in the currency EUR. Now, the conversion rate on this day was 1 USD = 0.88 EUR.
Now, if the conversion rate is changed after this day (say on 30th of September) to 1 USD=0.92 EUR, the deal value in base currency will remain unaffected until you change the stage of the deal or close the deal.
However, once change the deal stage, say on 12th of November, the deal value in base currency will be calculated using the exchange rate on the day the deal was closed.