Support Home Solutions Deals Using deals How to set up and use weighted pipelines in Freshsales?

How to set up and use weighted pipelines in Freshsales?

Freshsales allows admins to set an estimated probability against every deal stage. This enables sales managers to forecast expected sales based on the probability of deals in their pipeline.

How to set up weighted pipelines?

associated with a pipeline. This opens the pipeline and its various deal stages.

. The probability is a percentage operator and operates on the total deal value of the stage. Users can change probability of deals manually if required. 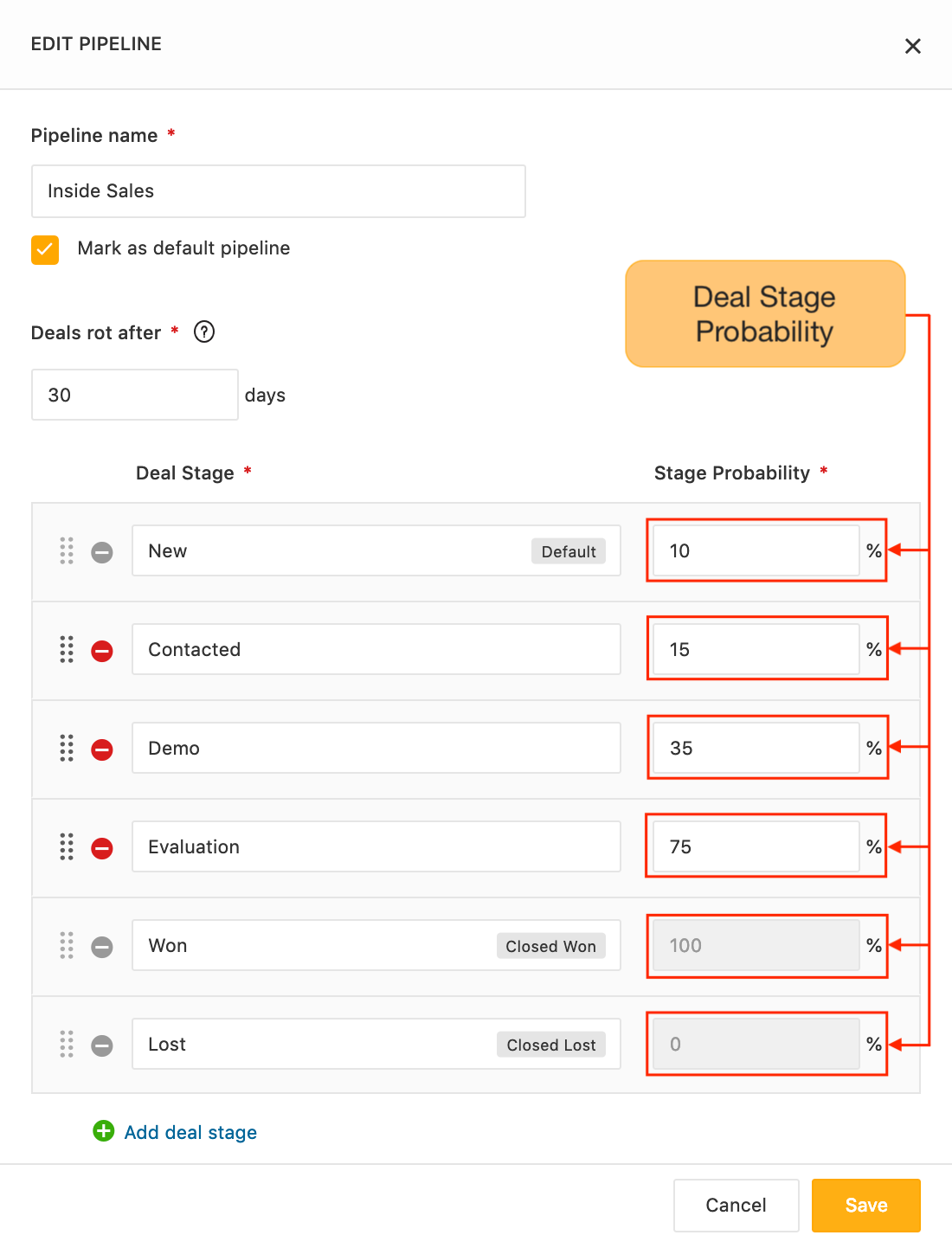 How to forecast sales based on these probabilities?

In any given deal stage, only a fraction of deals convert successful. By factoring in this probability for every deal stage, revenue from individual stages can be estimated realistically.

For example, let’s consider a deal stage ‘Contacted’. At this stage of the deal cycle, the probability of winning the deal is only about 15%. 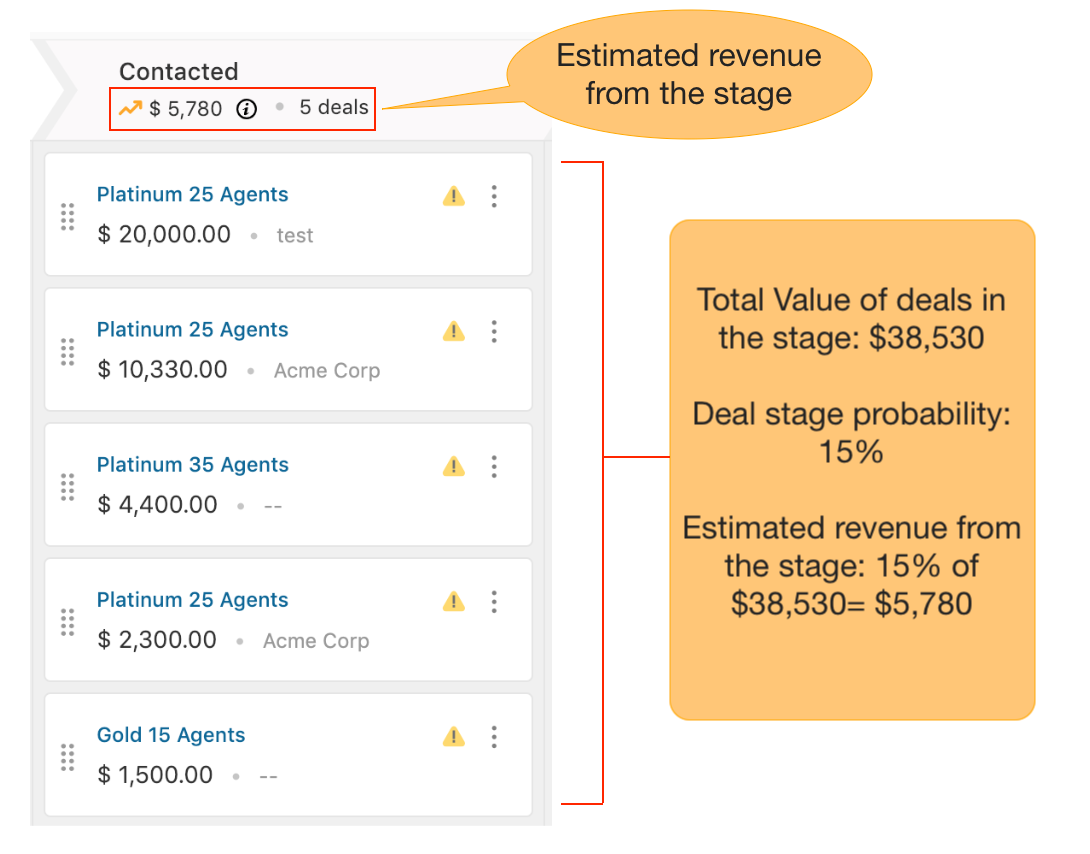 How to obtain a report on sales forecast?

To obtain a sales forecast report for Q1, follow these steps: