Support Home Solutions Deals Using deals What are Rotten Deals? How do they work?

What are Rotten Deals? How do they work?

All deals in Freshsales carry with them an age- the time elapsed from the day of deal creation. As a deal ages, the likelihood of winning the deal diminishes i.e., the deal rots. Such deals are referred to as rotten deals. Freshsales keeps track of the age of a deal and turns the deal red whenever a deal crosses the rotting age. This helps users prioritize and pay attention to deals that are rotting. It also helps users clean up their pipeline by getting rid of deals that are old and are unlikely to convert.

How to set up the Rotten deals feature?

How does Rotten deals feature work?

As a deal ages and get closer to its rotting age, the likelihood of conversion of the deal drops.
Deal rotting identifies deals that have exceeded their rotting age. The deal card for such deals turns red.

For example, let us assume that the sales cycle for your pipeline is 25 days. Whenever, the age of deal in the pipeline exceeds 25 days, the deal turns red. 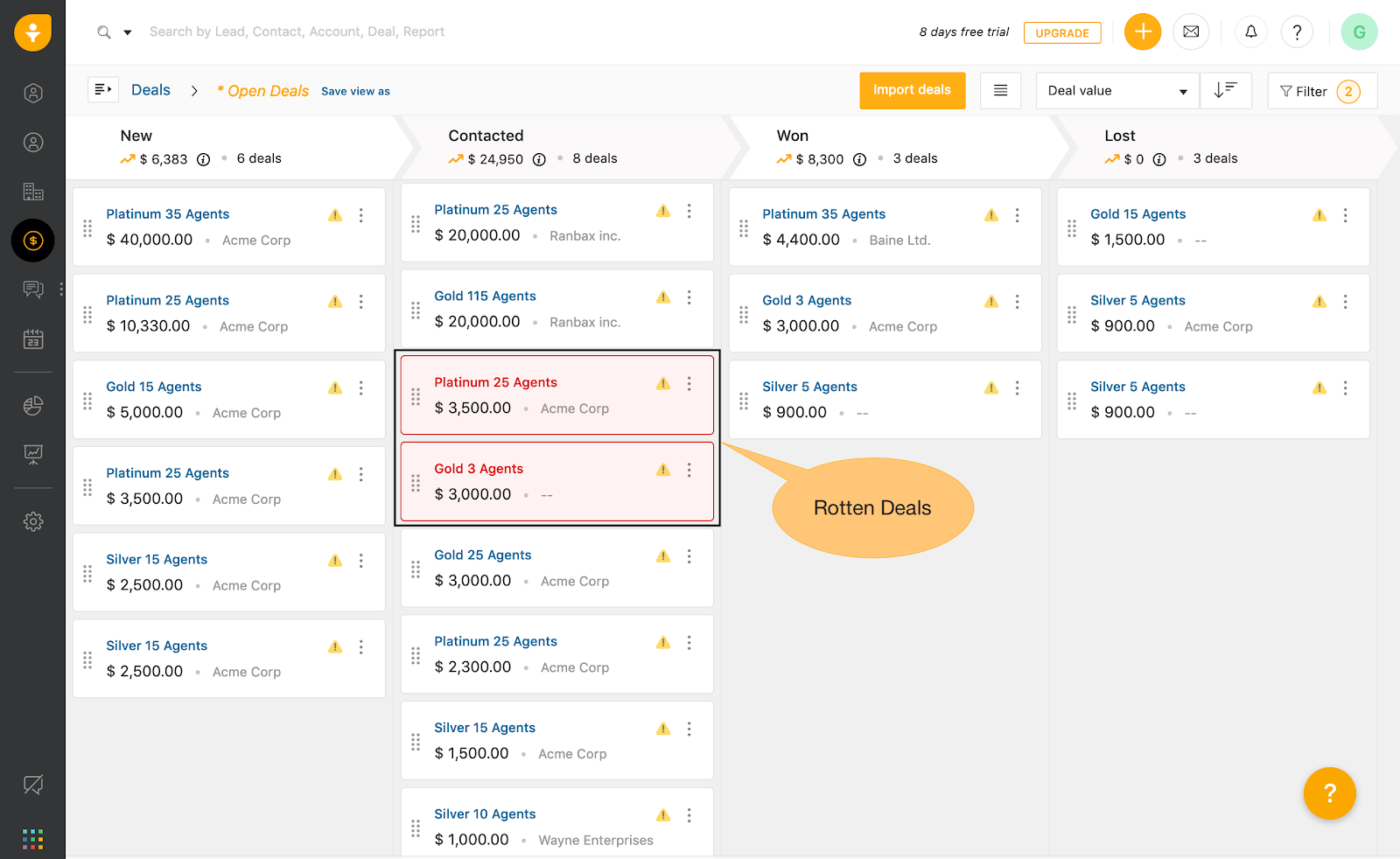 Also, clicking the icon on a rotten deal presents you with an option to bring up all rotten deals. 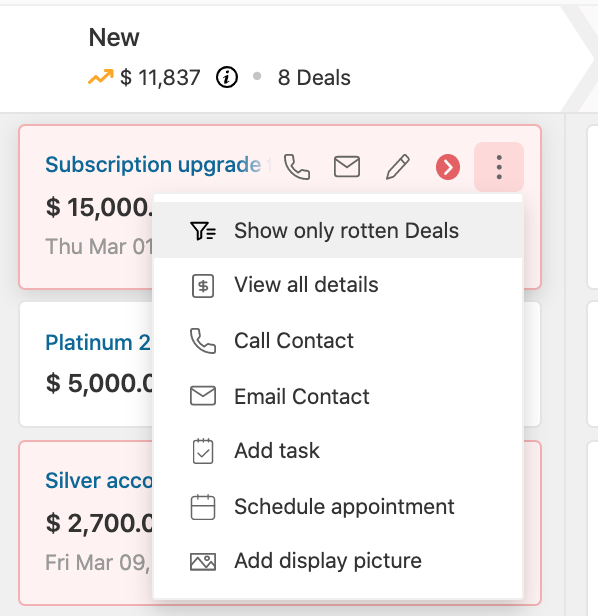 Similarly, the landing page of deals will also indicate the number of days since when the deal is rotting. 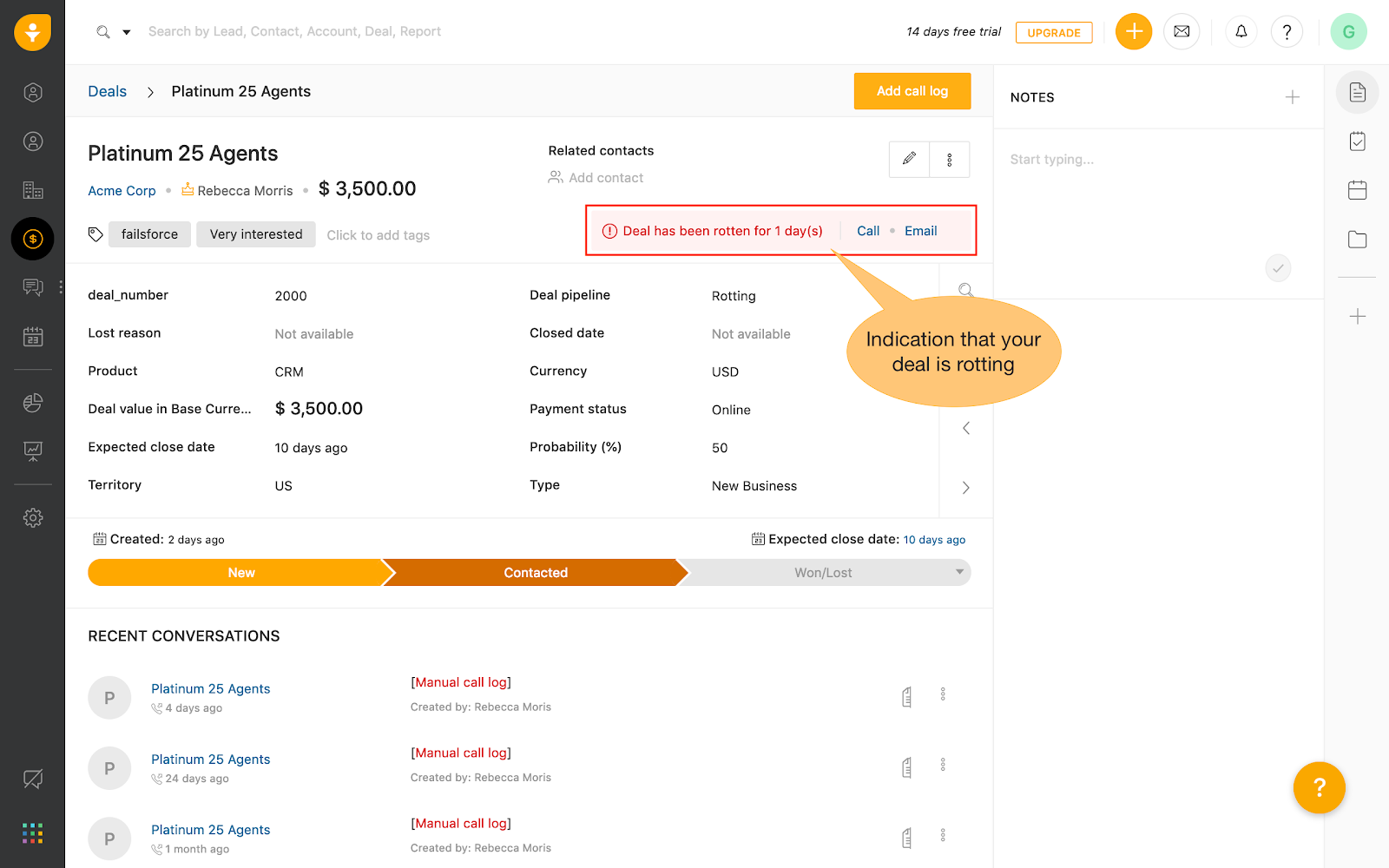