Support Home Solutions Admin Settings User Management What are teams? How to use them?

What are teams? How to use them?

A team is a group of users who are created and managed by an Admin or Manager. In Freshsales, teams can be created by Account Admins, Admins and Managers. Creating a team allows users to execute various activities such as sharing reports with a relevant group, extending group invites for appointments, adding teams to territories, etc.

How to create a team?
1. In your Admin Settings

page, scroll down to teams

Note: If you are a user with Manager role, you can access the team feature from your profile settings.

3. Give your team a name and add members to your team by clicking on the dropdown titled ‘Choose a user to add to this team.’ 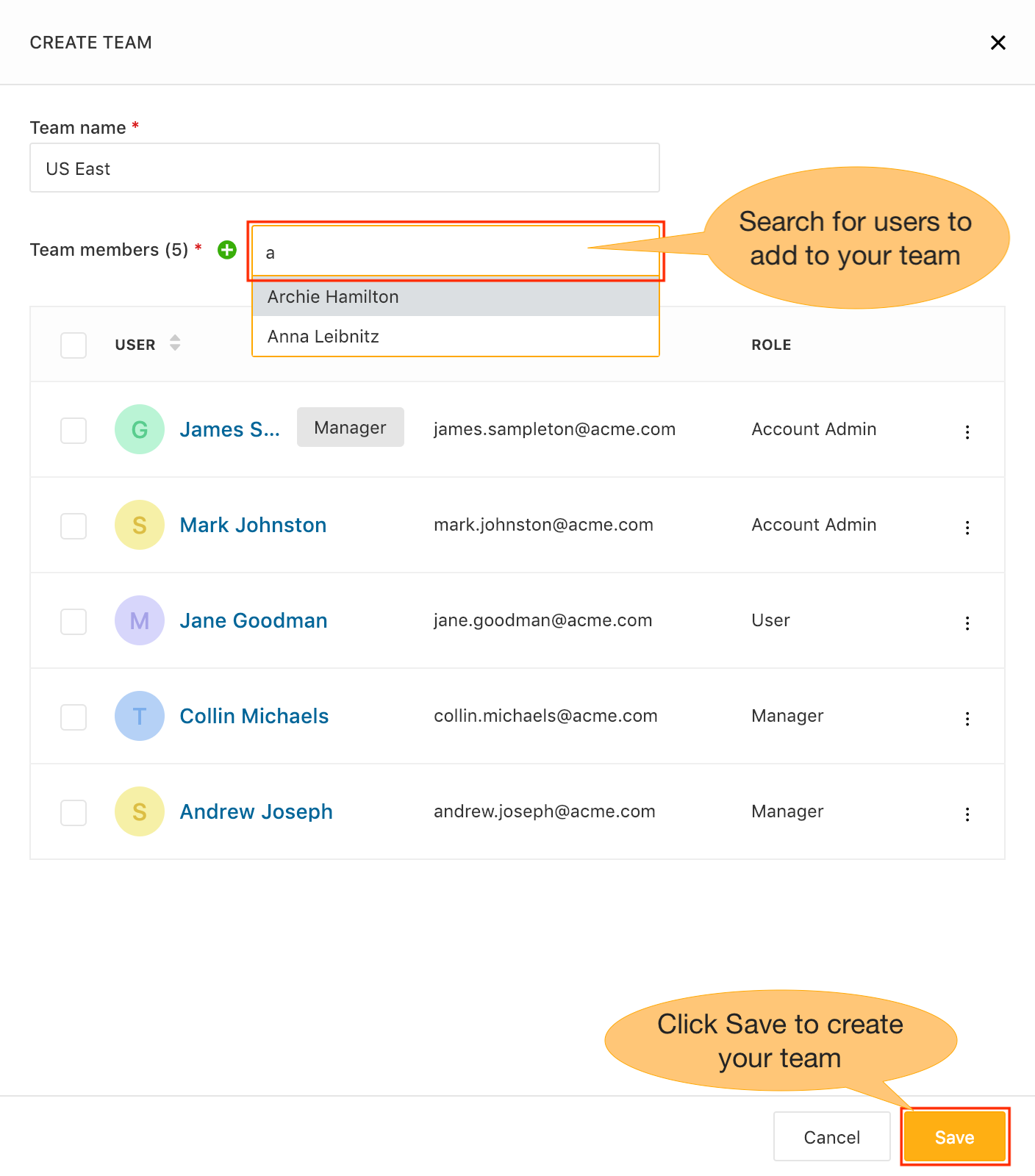 Where can the team feature be used? How is it different from territories?

Territories are directly associated to records and controls scope of data and  lead assignment rules. Teams, on the other hand, is a feature that helps you group multiple users for ease of sharing reports, sequences etc. A team does not impact the scope of the data you can view.

The team feature can be used in one of the following ways:

Filter leads based on the teams
You can apply teams as a filter on the list view. When you add a team as a filter, the records assigned to users belonging to the particular team will be filtered out. If a user is added later to the team, the view will be automatically updated to show results for the user. 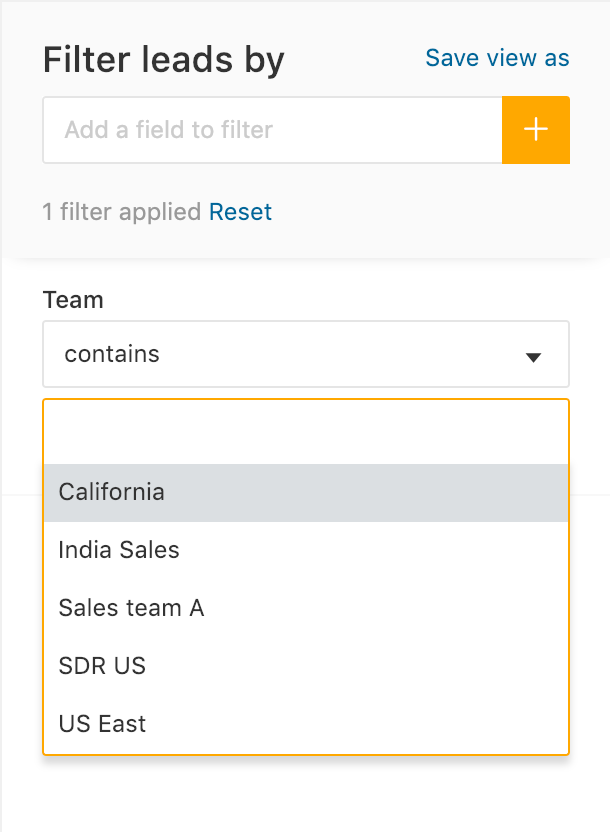 Sharing and scheduling reports for an entire team as opposed to an individual user.
Reports can be shared and scheduled to entire teams as opposed to individual users by simply adding the team name to the email. All users that are part of a team will be added to report sharing or scheduling. If a user is added later to the team, report will be automatically shared or scheduled for the user. 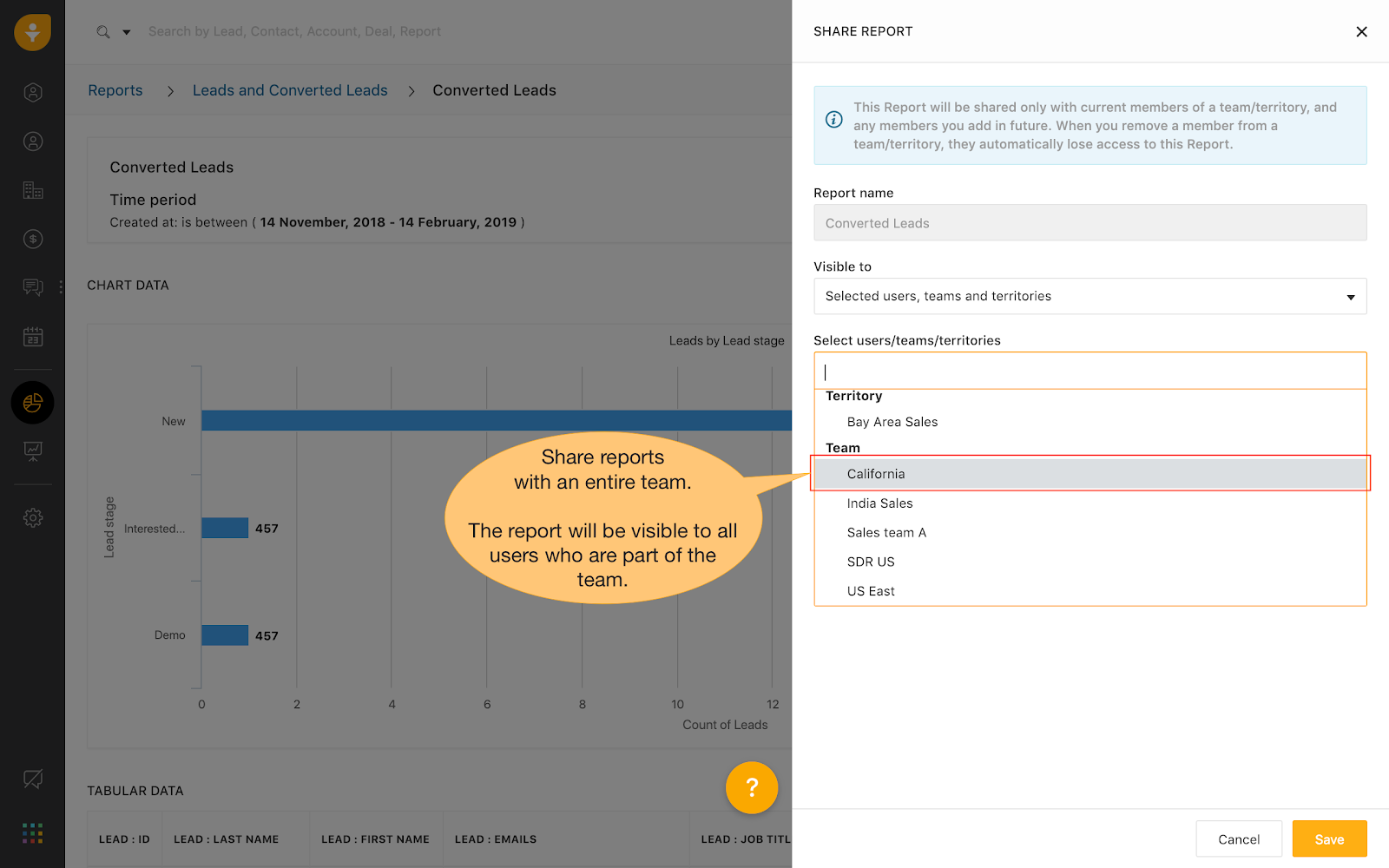 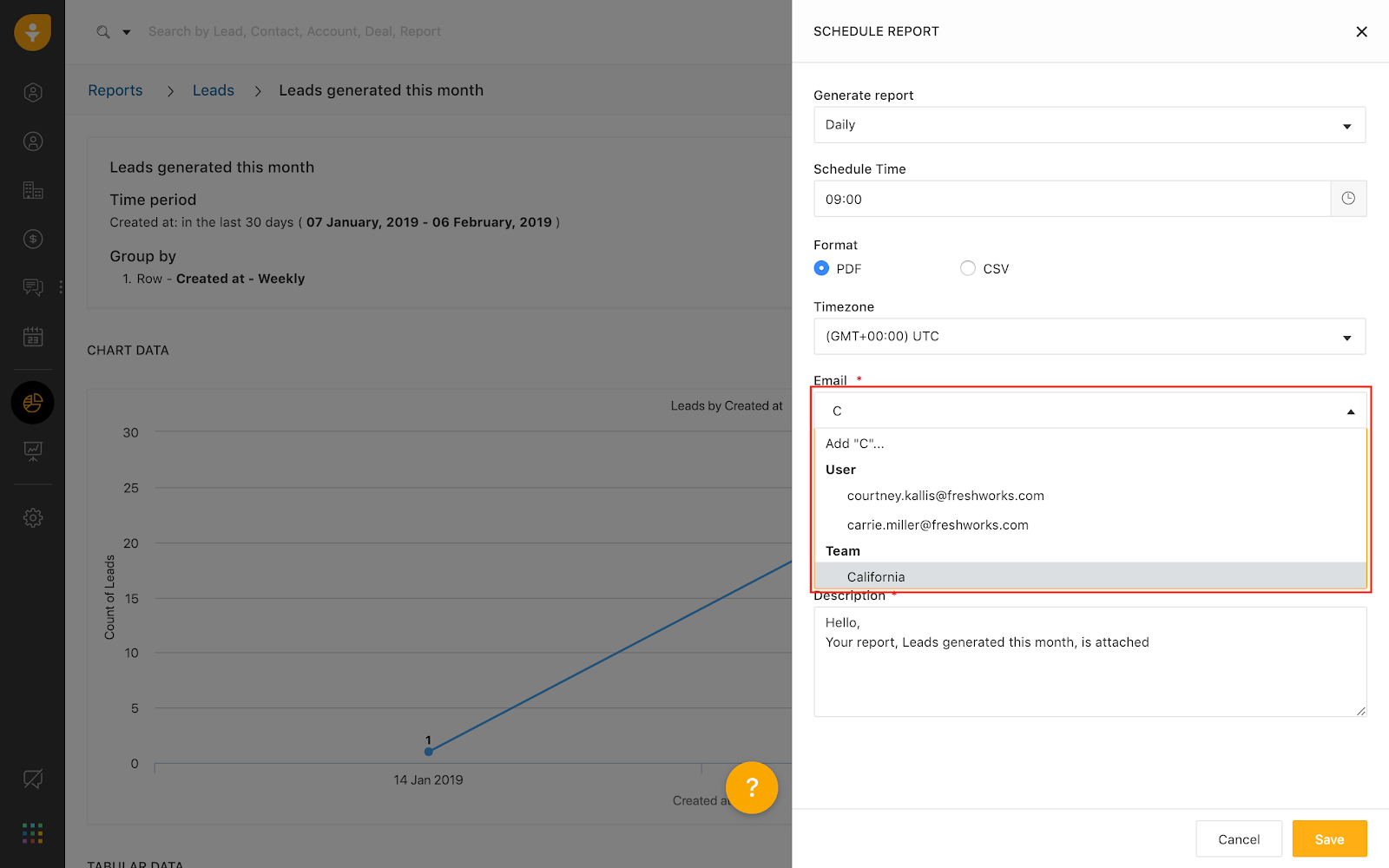 Tracking a team’s overall performance by aggregating the performance of individual users.

When creating reports to track team performance, you can add an entire team to the report to aggregate the performance of individual users. All users that are part of the team will be added to report filtering. When a new user is added later to the team, the user will automatically be added to the report. 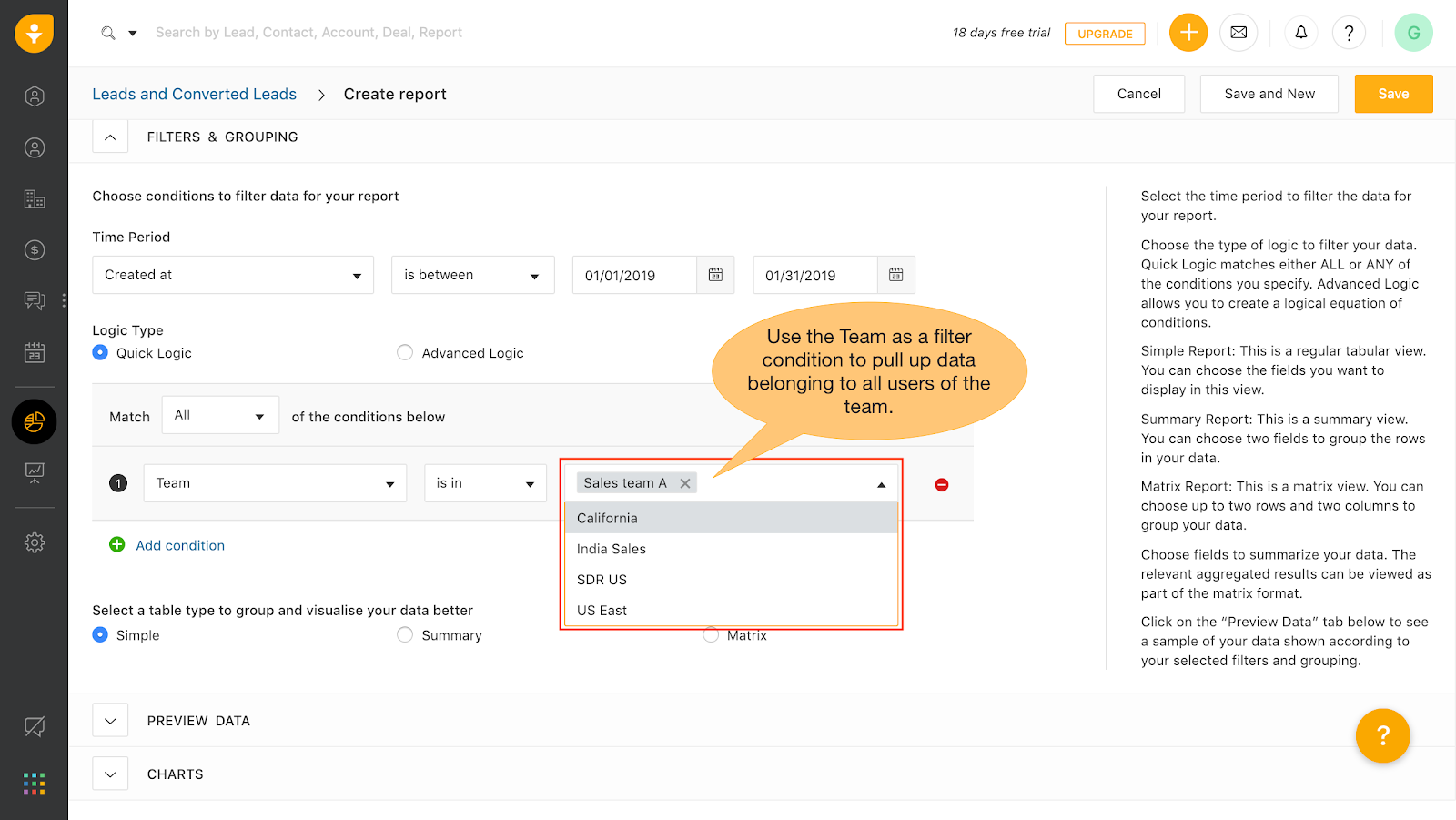 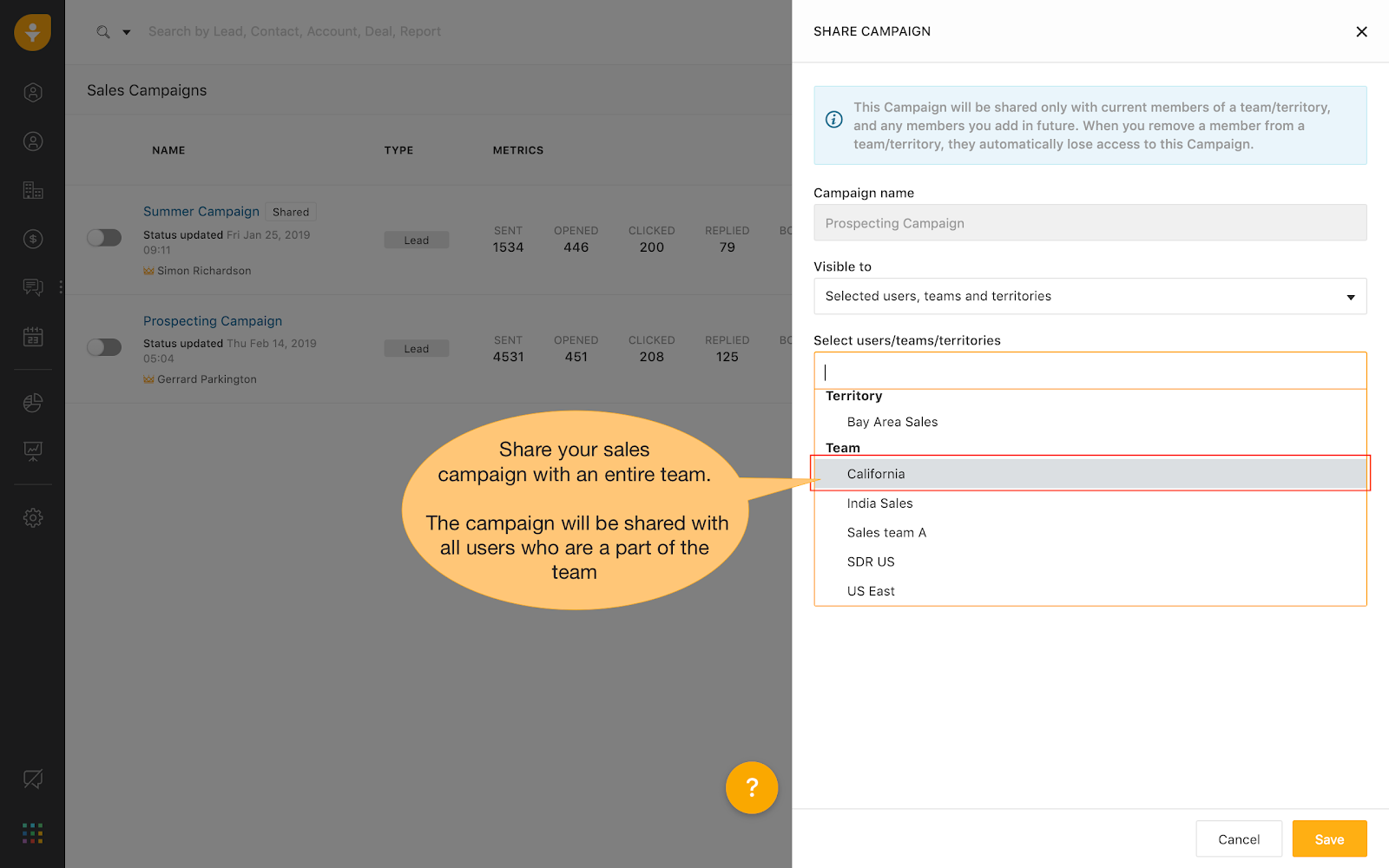 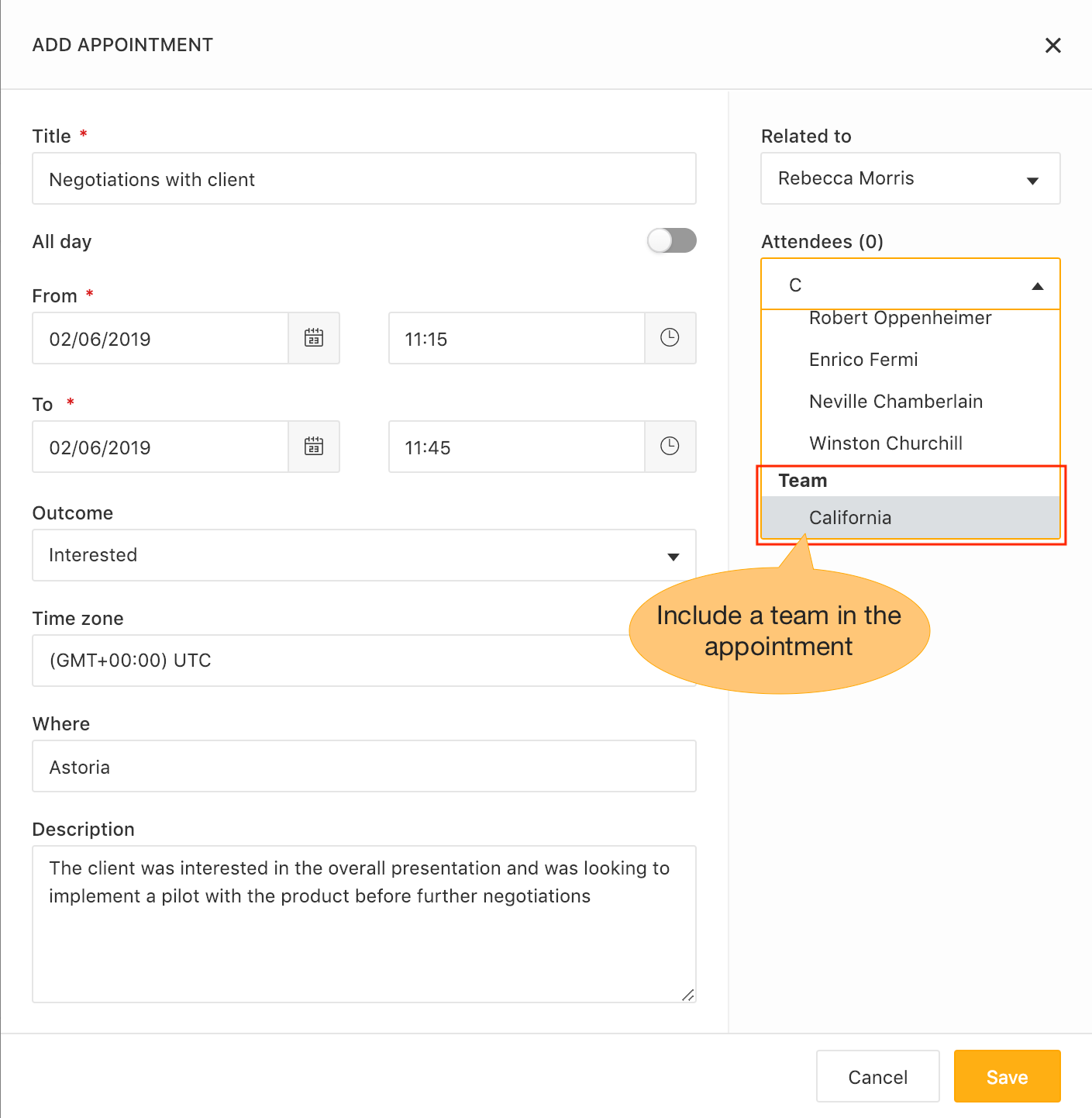