How to import deals from .CSV/.XLSX file?

Supported file format: .CSV/XLSX. Please convert all your files into a .CSV before attempting to import data using Freshsales.

There are 4 important things that you'd need to know about when you import deals from a .CSV /XLSXfile. They are described in detail below:

4. Reasons for failure of data import

Here's how you import deals from your CSV/XLSX file,

The Map Columns To Freshsales Fields overlay that you now see is exclusively for mapping the columns in your CSV/XLSX file with the fields available in Freshsales. 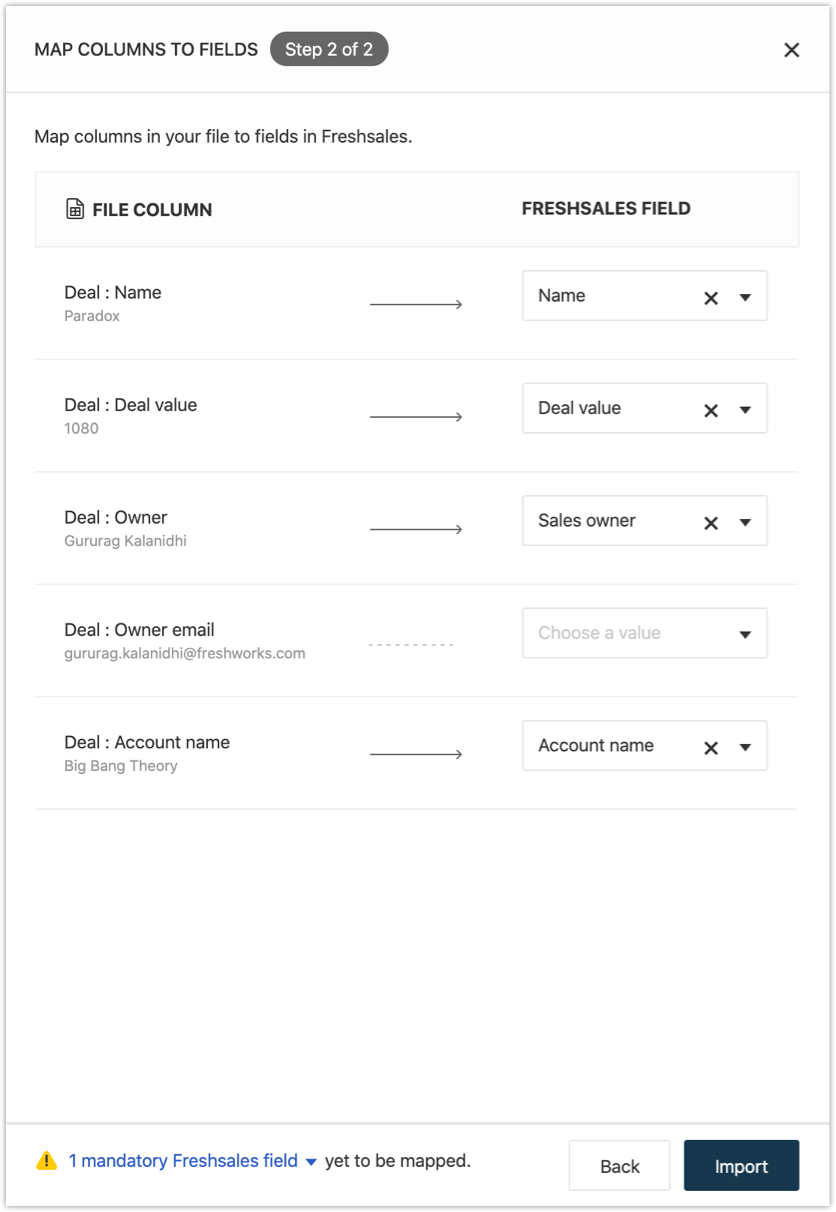 Mapping the fields is critical to the success of the import, so here’s a list of know-how to help you do it right.

Why did some of my data not get imported?

When importing deals, these are the possible reasons for the failure of data import:

Admins can set limits for users on how many records they can import and update for the day.

Note: Import limit can be set only for Lead/Contact/Account/Deal modules and not custom modules

Under Permissions > Actions, set the limit for creating and updating records during import 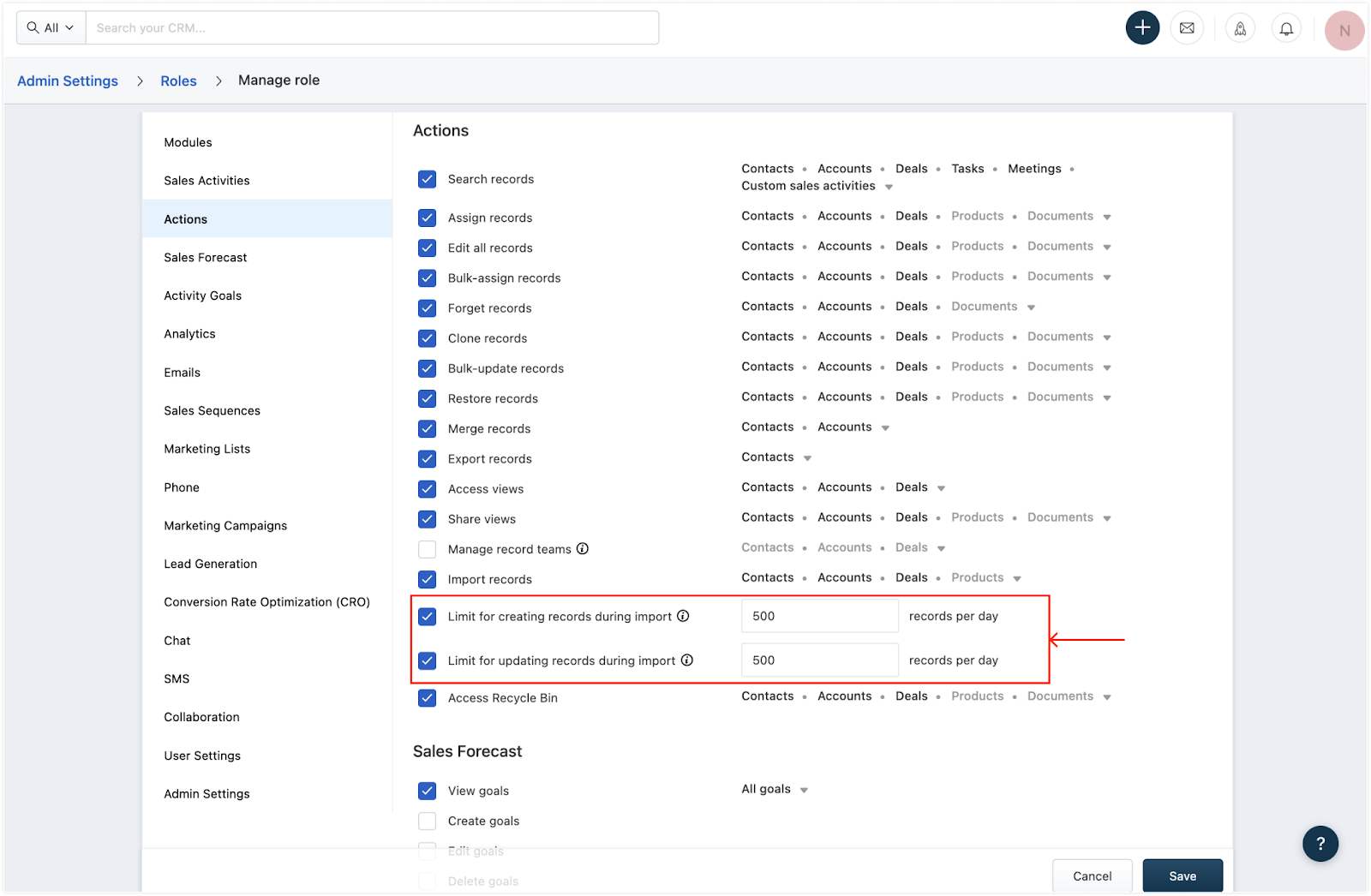 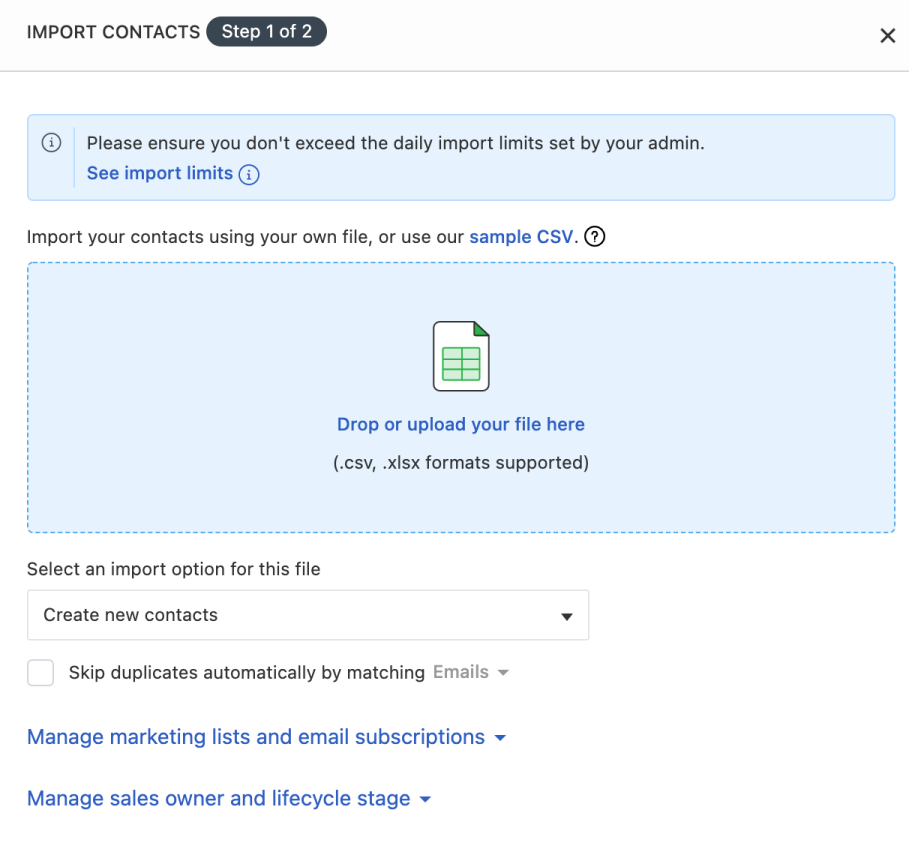 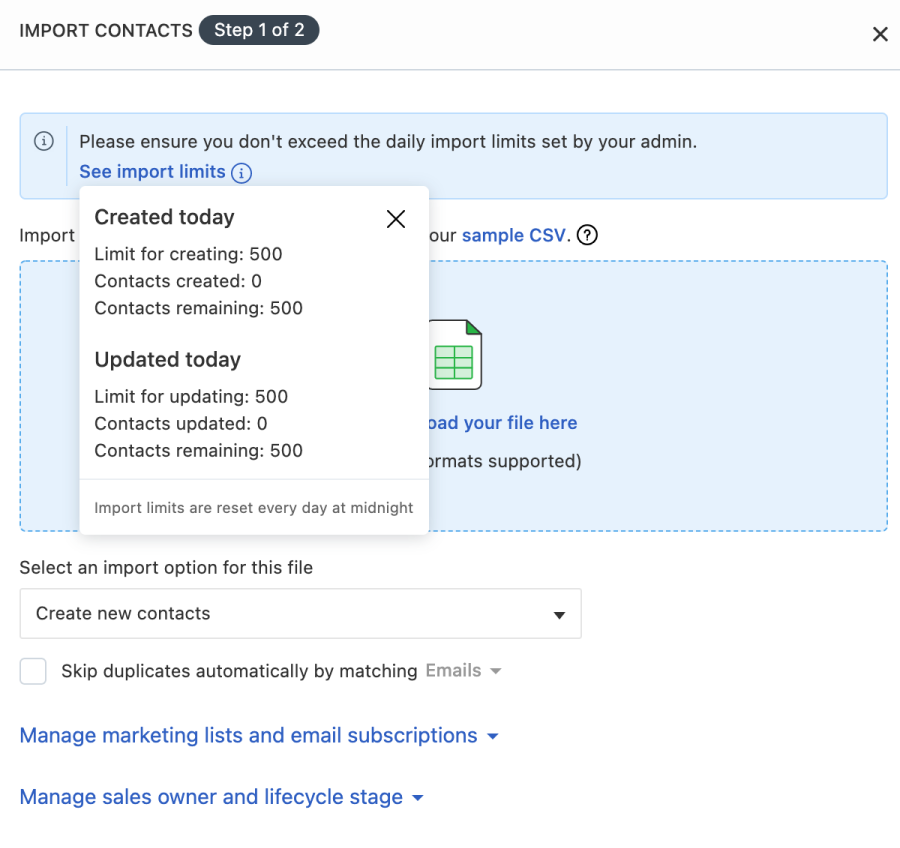 Sales users will be presented with a warning message on exceeding import limits. The import functionality will also be disabled for that day. 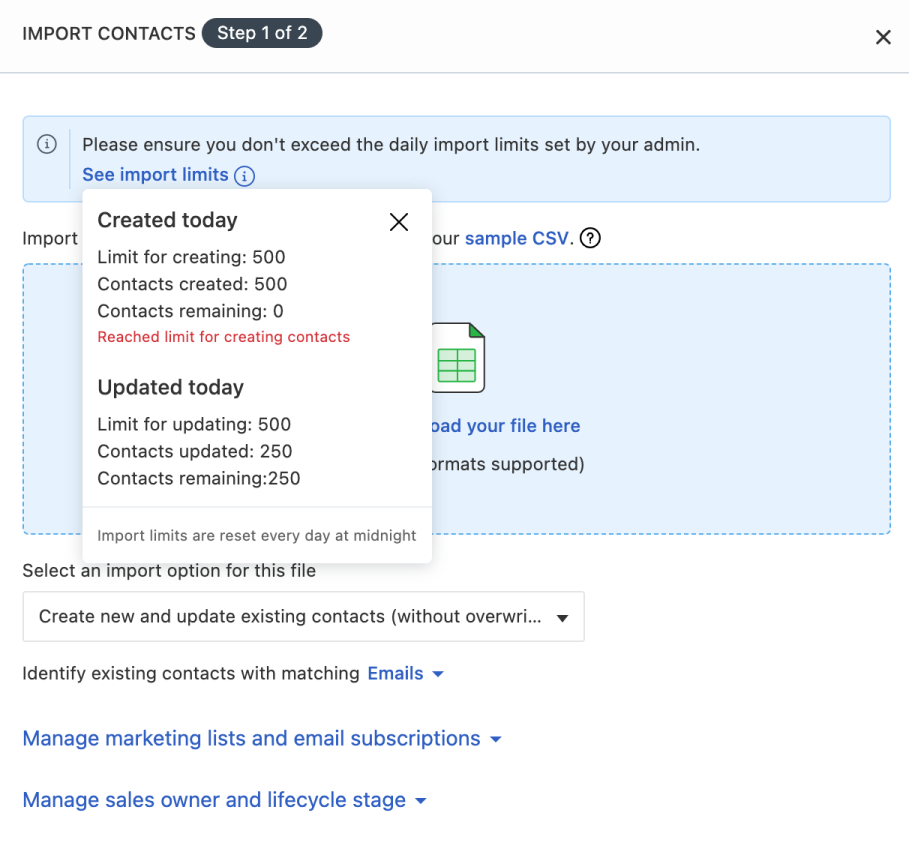 If the sales user tries to exceed the import limit, an error message will be thrown and records will not be created.

The import history page that you would land on after every import gives you insights into the records that were imported and skipped. 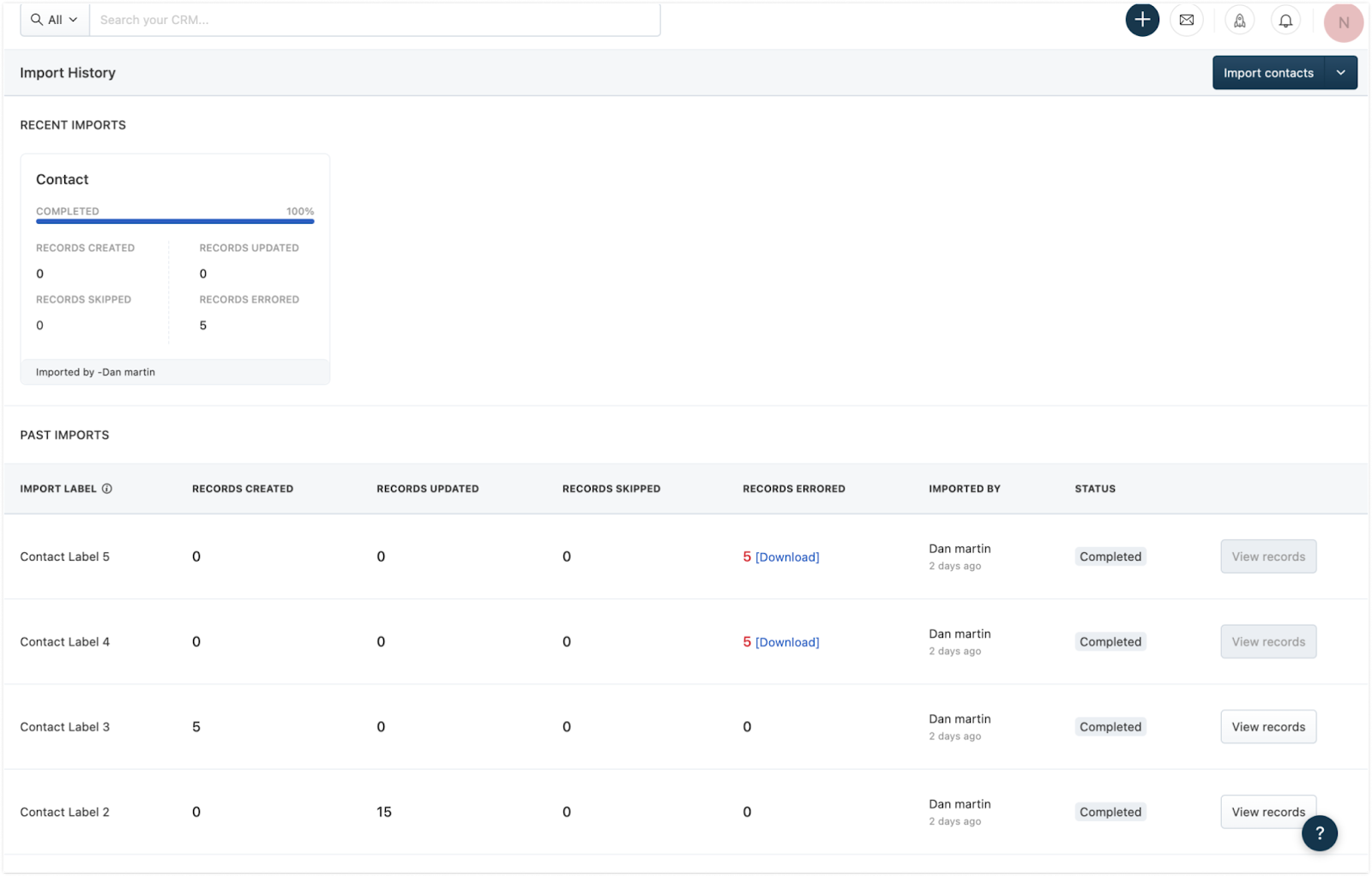