What are the default views for deals

Freshsales gives you a few default views. In addition to these default views, you can create your own views and access it anytime from the Views drop down. You can also share the custom views with your team. However, users can view only those deals that they have access to. 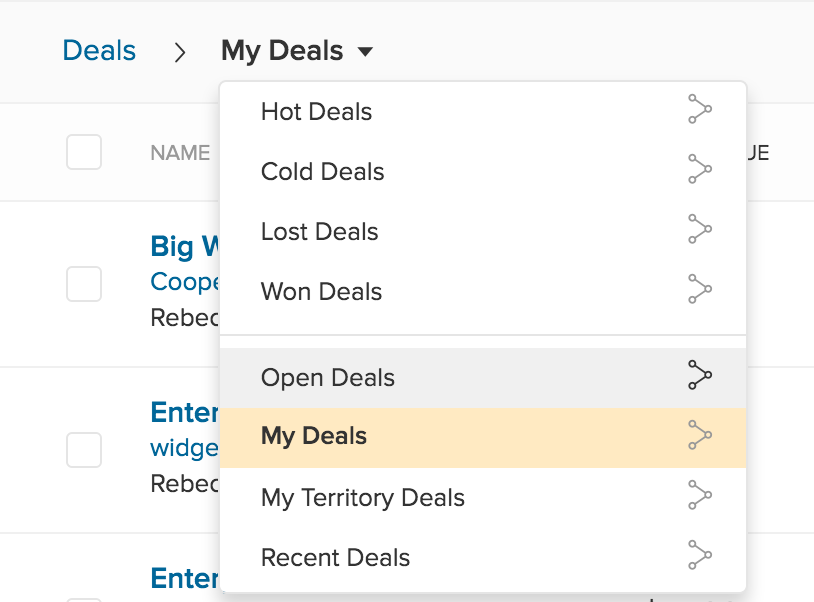 You can find the views created by you, or shared with you, above the default views. Freshsales gives you 4 sample custom views, based on the deal stage and deal value.

At any point of time, you can delete and modify these views by adding more filter criteria from the Filter section.

Learn more about how to add custom views for deals.